Info: Foods that do not need to be washed before cooking By Dapur Sinolin 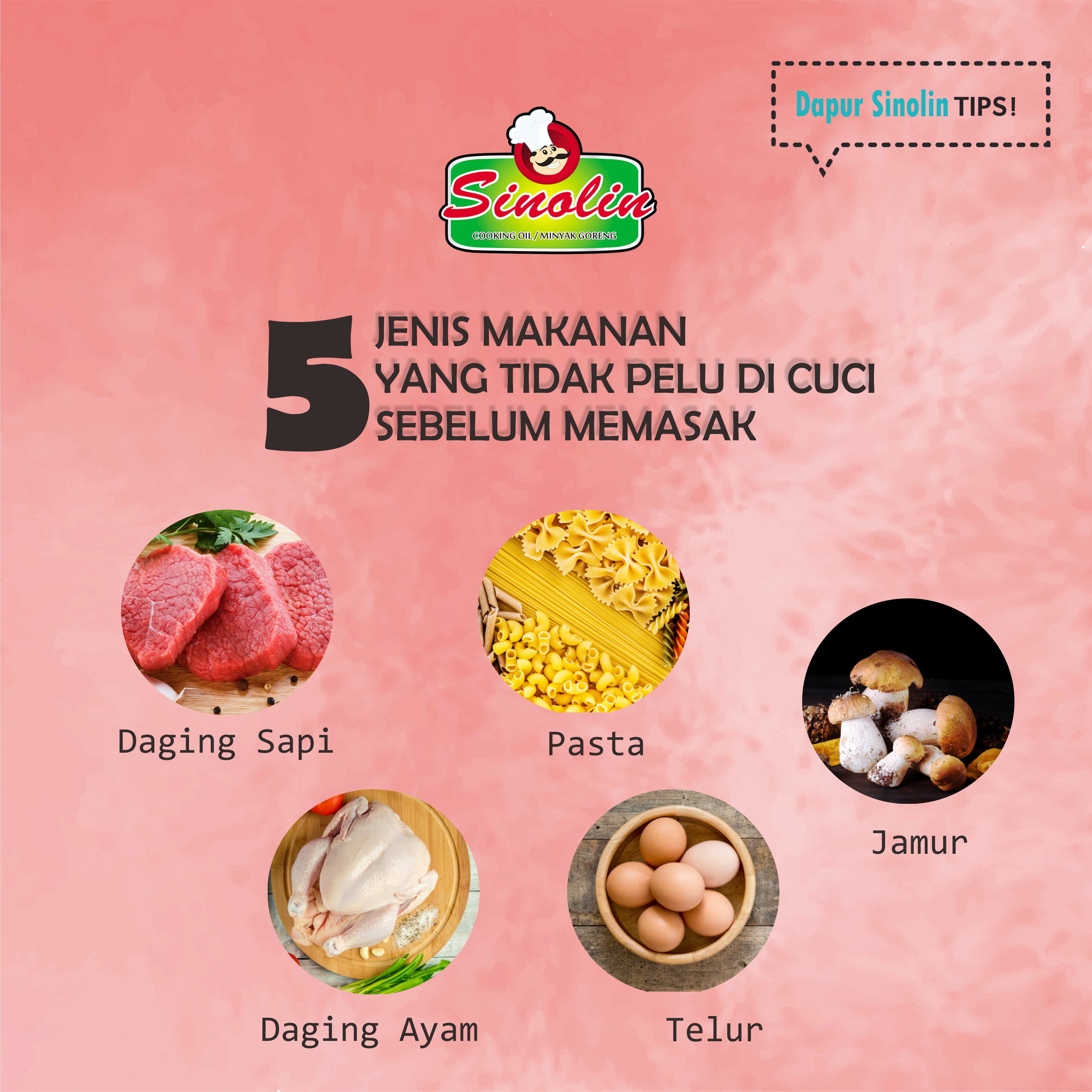 In general, people think the best way to get rid of bacteria on food is by washing it. But apparently this is not true. Yes, as explained by the United States Department of Agriculture. The following are raw ingredients that do not need to be washed before cooking.

Instead of washing it, to clean the chicken it’s good for mom to boil it immediately with clean water. This method is more effective in removing bacteria and bad germs. Washing chicken meat before cooking will make the bad bacteria that may be contained in chicken meat will spread.

Although in general people are accustomed to washing eggs before storing, it turns out that this habit damages the natural layer of eggs so that eggshells are more susceptible to entry by bacteria.

The possibility of bacterial spread when washing red meat is as high as washing birds or fish, because by washing red meat causes increased humidity in the meat. Excessive moisture will create steam which will affect the taste of red meat too. The best way to avoid the spread of bacteria is to dry it with tissue paper before cooking so it is not too moist.

Mushrooms have properties that easily absorb water, so it is recommended to wash them before cooking. Washing it or soaking it in water makes the mushrooms soft and will break when processed.

The last meal that should not be washed before and after cooking is pasta. It turns out that washing pasta will remove starch which is believed to help capture and hold the sauce and improve the overall taste of pasta.

The Healthiest Cooking Oil for Your Family