Tips: Recognizing Fishes That Are Worth the Consumption By Dapur Sinolin 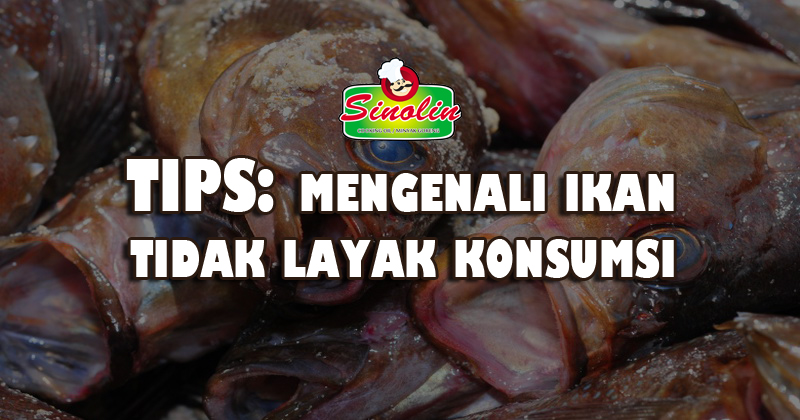 It is common knowledge, fresh fish does have a taste that is more delicious when eaten compared to fish meat that is not fresh. In addition, by choosing fresh fish automatically we will get a better nutrient content. Because the nutrient content in fish has not been damaged.

Understanding of fresh fish is fish that have just been caught and have not undergone a process of curing or processing.

Hori said that one of the first things to consider when choosing fish is physical appearance. Fresh fish, said Hori, has a physical appearance that is still complete, shiny in color, and the fins and scales are not easily separated. In addition, when held, the body of fresh fish is usually still not stiff.

Hori said that one of the characteristics of fresh fish can be seen from the eye of the fish. According to him, fresh fish eyes usually look still prominent and clear like they were when they were alive. Fish that have long been dead and are not properly refrigerated, said Hori, pale eyes tend to be grayish.

Hori said the gills that are blood red indicate fish that are still fresh. If it’s not fresh, the color of the fish’s gills usually pales.

The chef, who has lived in Jakarta since April 2017, said that when buying fish, try to pay attention to the meat in his stomach. Fresh fish meat, he explained, feels elastic when pressed.

After buying, the method of storage also affects the freshness and quality of fish meat. Hori recommends not too long to let the fish be at room temperature. Store fish in the lowest temperature cooler.

If you want to buy live fish, Hori says there are special techniques so that when cutting the fish the quality, taste and texture of the meat is still perfect. The technique is called ikejime or the technique of paralyzing fish by draining blood through vessels.

The Healthiest Cooking Oil for Your Family